Leana Wen knew her mother, who got winded walking to her car, wasn’t simply anxious or depressed. But that’s what the medical doctors treating Sandy Ying Zhang thought and that’s what mattered. It was the early 2000’s and Wen was in medical school, but her mother scoffed, “How would you know? You’re not a real doctor yet.”

In her new book, “Lifelines: A Doctor’s Journey in the Fight for Public Health,” Dr. Wen, now an emergency medicine physician and George Washington University health policy professor, tells the story both for insight into the painful friction with her late mother and the flaws of the healthcare system. It took a year for doctors to diagnose her mother’s breast cancer, which by then had metastasized to her lungs, brain and bones. She was given six months to live at 47, but lived seven more years before she died in 2010.

People of color who have cancer tend to be misdiagnosed, underdiagnosed or diagnosed late, adding challenges to care and lowering chances of survival, Wen said in an interview.

The past year of isolation caused by the COVID-19 pandemic forced some families to reschedule routine doctor’s appointments, screenings and other healthcare, delaying cancer diagnosis and even treatment.

Though the causes of cancer and COVID-19 vastly differ–one is influenced by genetics and the environment while the other is an infectious disease–the reasons for the disparity in incidence and survival rates for both overlap.

That echoes the pattern seen for cancer nationally. Collectively, Blacks have the highest death rate and shortest survival of any racial or ethnic group for most cancers, according to the American Cancer Society.

“While many people seemed surprised at these disparities during the pandemic, they existed long before COVID made some more aware,” Wen said.  “COVID-19 did not create health disparities…if anything it’s unmasked disparities.”

Poverty, not race, may be biggest risk for cancer

People living in low- and middle-income counties in the U.S. are more likely to die of cancer than those living in high-income counties, according to a report in JAMA Open Network. Eight factors, such as access to high-quality medical care, food insecurity, smoking and obesity, may explain more than 80% of the relationship between poverty and disparities in cancer death rates, according to that study. 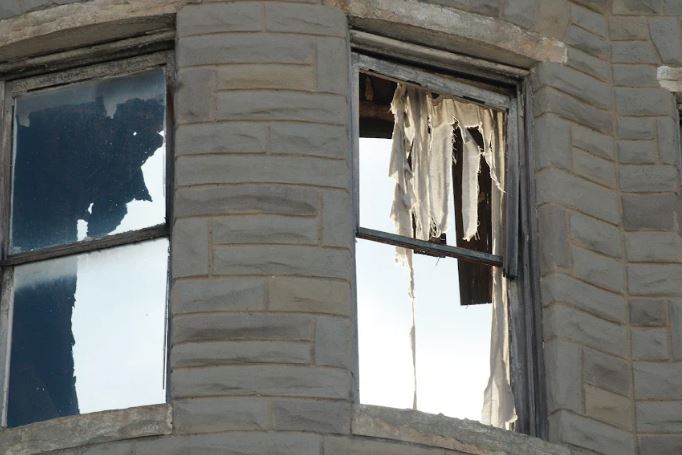 About 600,000 people die a year of cancer. “And about 130,000 of those 600,000 deaths would not occur if everybody got what college-educated Americans get, in terms of risk reduction/prevention…adequate high-quality screening and adequate high-quality treatment,” Brawley said.

But while education levels are often used as a proxy for income, the correlation doesn’t always hold– Wen’s family, for example, was well educated, but also was certainly poor. Wen and her parents moved to the U.S. from China — in the early 1990s — when Wen was a child for her mother’s PhD program in education. They had $40 and relied on Medicaid and food stamps and were occasionally homeless.

Profound personal experiences including her mother’s cancer misdiagnosis moved Wen into public health. Back in China, her political dissident father refused hospital treatment for bleeding ulcers for fear of imprisonment. After her family moved to Los Angeles, Wen, then in fifth grade, tried to help save a young Mexican boy with her own inhaler. The boy later died from the asthma attack after his parents refused to call 911 for fear of deportation.

“There is a systemic issue at play,” said Wen, “ [W]hatever community you’re in, you can find disparate rates [of cancer] whether by race or socioeconomic status.”

One factor driving racial disparities in occurrence and survival is access to adequate care, including medication, said Brawley. People who have high-quality, affordable health insurance have higher cancer survival rates, according to research on the topic.

“We have many studies to show that equal treatment yields equal outcomes,” he  said. “Results from major hospitals for cancer, for example, rarely show racial differences in outcome.”

Quality care includes both screening and treatment. Brawley cited his earlier research showing 7% of Black women with early stage, curable breast cancer in Georgia did not receive treatment for it in the first two years after diagnosis.

Since Medicaid, the main public health insurance program for the poor, reimburses care at a lower rate than private insurance, doctors are less likely to follow up with lower-income patients who have been diagnosed, Brawley said.

Since not all doctors and hospitals are willing to take Medicaid patients, those that will have overcrowded waiting rooms and overwhelmed doctors, which means patients get ‘less than optimal care,’” he added.

Participation in clinical trials low, but only part of problem

“We should try to have clinical trials as representative as possible in all ways– racial, socioeconomic, even regional. The result would then be closer to what would be expected if all people could get the treatment,” Brawley said.

However, lack of diversity in trials is not the key problem, he said. “Once we figure out a treatment that works, I can guarantee you that Black people are less likely to get it.

“It’s not that the drugs do not work in Black people. It’s that Blacks do not get the drugs,” he said.

Beyond– and before– diagnosis and treatment, healthy living conditions, including clean air and adequate, nutritious food, can make a big difference in reducing the risk of developing cancer.

Far more work is needed in the area of prevention tied to these social determinants of health, –such as creating greater access to healthy food, Brawley and Wen agree.

For instance, being overweight or obese is linked to a higher risk of getting 13 types of cancer– 40% of all cancers diagnosed, according to the Centers for Disease Control and Prevention.

“Over 60 percent of black women are obese compared to 35 percent of white women. Now why are they obese?” Brawley said. “It’s for numerous social reasons.”

“In my city in Baltimore, one in three African-Americans live in a food desert without access to healthy fruits and vegetables compared to one in 12 whites,” Wen said.

Instead, they eat food available nearby, often at gas stations or convenience stores.

Sometimes there isn’t even unhealthy food to eat. In one of her book’s most powerful anecdotes, Wen recalls that while working as Baltimore health commissioner she was called before 6 a.m. one day about a burglary– the third in a month– at a health clinic she didn’t think had anything left to steal.

After rifling through the staff’s belongings, Wen and others discovered the suspected teen burglars took only snacks and old lunches.

“I thought about how desperate these kids had to be. They committed a crime by breaking and entering,” she said. “But how hungry must they have been to go into a fridge and eat old leftover food?”

Systemic, historical inequities that influence cancer rates and survival–  where people live, the quality of their education, the types of jobs they can work and what type of healthcare they can access–may not be immediately or completely reversible, the experts said.

“The five to nine servings of fruits and vegetables per day, the maintaining of normal body weight, the avoidance of pollution, all of those things can help to prevent cancer,” Brawley said. “That’s where the ‘haves’ have an up on the ‘have nots’ to begin with.”

To reduce the gap between these two ends of the spectrum, the experts agreed, is possible, though.  Funding programs and education in minority and low-income communities is a start, along with simply raising awareness.

“I don’t want people to take away, “Well, the problem is just too big,’” Wen said in an interview. “’There are different roles that we each can play in different ways in our lives,” ranging from activists who call out their legislators to grass-roots community groups that feed homeless people to public officials who approve funding for preventative programs that teach about childhood obesity.

Wen wanted to be an emergency room doctor so she wouldn’t have to turn anyone away, even if they didn’t have insurance or documentation to be in the U.S. She went into public health because she saw that the U.S. healthcare system doesn’t address the root causes of diseases like cancer, or the poverty that often determines whether people have access to high-quality care.

Public health, she wrote, “is the ability to level the unequal playing field. It’s the social supports that give everyone their best chance to survive.”

This story was published in the AFRO.